The story begins
in XIII century—

The Marullo di Condojanni Farm arises from the tradition of an ancient and noble family, whose story has been linked to Sicily since 1280. Over the centuries, lands have been cultivated and handed down from different generations.
The Farm, in its current size, comprises areas cultivated with olive groves, citrus groves, and vineyards. 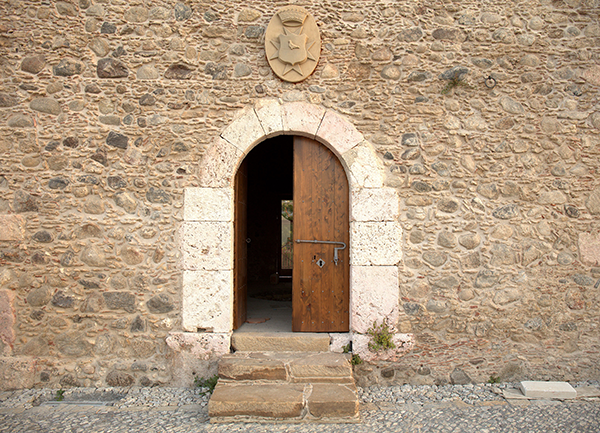 Citrus groves are located in the plain of the Municipalities of Pace del Mela and Milazzo. The varieties of oranges include the Tarocco, Navel, Valencia, and Vanilla, not to mention Clementines and Tangerines. The production of lemons includes the Primofiore, Bianchetto, and Verdello varieties.

Olive trees are located on the wavy hills of the Valle del Mela and enjoy a wonderful position on the Gulf of Milazzo and the Aeolian Islands. The presence of Stromboli and Etna volcanoes in the area contributes to make the production environment unique in the world. The olive growing vocation of the Valle del Mela dates back to the Greek-Roman Age and today the whole area falls within the Sicily PGI (Protected Geographical Indication) as well as the Valdemone PDO (Protected Designation of Origin) Extra Virgin Olive Oil, one of the most prestigious Sicilian PDOs.

The area cultivated with olive groves has increased in recent years following the completion of a production modernization and expansion plan. Between 2004 and 2009, next to secular olive trees, around 10,000 trees were planted by using the modern cultivation techniques of intensive spacing with drip irrigation. The cultivated olive varieties are Ogliarola Messinese, Nocellara Messinese, Biancolilla, Verdello, Frantoio, and Carolea.

Recently, the estates of San Filippo del Mela have started the production of the wine Gaspania, Mamertino CDO (Controlled Designation of Origin). The Mamertino is a wine with a dateless history, which was described by Plinio and loved by Julius Caesar. The red variety is obtained by Nero d’Avola and Nocera grapes. The white variety comes from Inzolia and Grillo vines.

We adopt an organic cultivation method that does not use chemicals, pesticides, and additives. Our objective is to obtain natural and genuine fruits, even if the choice of organic farming entails a smaller production and, sometimes, negative effects on the fruit appearance. However, everything is counterbalanced by the very high quality of the products.

Our fruits’ peels do not undergo chemical polishing treatments to make them more attractive. On our peels it is possible to notice the “natural” signs of hail, sun burns, and sometimes the signs of Etna eruptions. We do not administer chemicals to our trees in order to obtain an increase of fruits’ size or alter their natural ripening process. Lands, trees and fruits are cultivated with the objective of respecting the environment, reducing the waste of water resources and avoiding the use of pollutants. Even our packages reflect this production philosophy; as a matter of fact they are made up of recycling and recycled materials, such as cardboard, paper, and wood.

Directly
from the tree to your home

One of our primary objectives is to send a fresh, genuine, and natural product to the client. Fruit cultivation and product preparation methods are handmade and based on ancient Sicilian recipes. We follow up every production phase in order to guarantee the highest quality.

Therefore, we harvest citrus by hand only after we have received the order. Once we have checked them manually, we ship them so that they would arrive at the client’s home in a few hours. Our fruits do not undergo any treatments that could alter their properties or natural appearance. Furthermore, the lands and cultivation practices are regularly controlled by our agronomists and by official organic farming inspection bodies.

The olive oil is bottled only after the client’s order as well. After harvesting, the extra virgin olive oil is pressed in our farm’s oil mill at a constant temperature and then stored in special containers without oxygen, which ensure long duration.

We carry out periodic checks and analyses in order to verify that the olive oil is always perfect from an organoleptic and nutritional point of view. In order to obtain PGI and PDO certifications, the olive oil is examined in a laboratory and controlled by the technicians of the Istituto Regionale dell’Olio e del Vino (Regional Institute of Olive Oil and Wine).

We ship our products by overnight courier in order to guarantee fast and punctual deliveries directly to clients’ home. In Italy it takes 48 hours on average from harvesting to delivery.